The Making of a Peruvian Ambassador 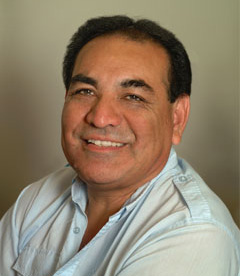 In the middle of October 2011, I had the opportunity to visit Peru for the third time. The trip was a very successful trade mission organized and carried out by elements from Gil Cisneros' Chamber of the Americas (COTA). Since then, there have been at least two other missions that altogether have yielded almost $1 billion in business. In looking into the background of this success, I found the hand of Guido Felipe Loayza Desvescovi, the General Consul of Peru in this region, who has worked tirelessly to get the United States and Peru to work together to help create infrastructure for his country and business opportunities for Americans. I had seen Mr. Loayza several times over the years, both as a presenter and guest at the COTA business forums. I found a warm and unassuming man that talked passionately about his country and what it had to offer the world. In the conference in Lima, which was part of the October 2011 trade mission, he was everywhere making sure that all of the support mechanisms were in place to assure successful meetings. In the beginning of 2012, Loayza was promoted to Ambassador, which said volumes about the quality of his work including a career that took him across the globe to places like Canada, Mexico, Central America, Chile, Europe, Japan, Korea, China, Singapore and Thailand. But more importantly for us is the fact that he achieved his new rank while working with our community in Colorado and this region of the United States. Ambassador Loayza's passion came early in this adult life. For 10 years, between the ages of 18 and 28, he traveled to every corner of his country to get acquainted with the peaks and valleys of the Andean highlands, the coast and the exotic sea life created by the Humboldt current and the Amazon jungle that completed his journey to understanding the special character of his people. The lessons provided by that travel translated into the development of qualities that feel the issues when others just talk about them. When Ambassador Loayza discusses trade he talks about adding value rather than exploiting a rich deposit of something, extracting it and leaving the country with less. He looks to find mutual benefits in trade that creates wealth for importers and exporters as well as promotes the development of infrastructure for Peru. He was excited to see that one of the companies that participated in the trade missions provided water treatment services and technology, because the country needs help to create potable water, which is scarce in parts of Peru. He was excited about the presentation of a solar technology company because it offers to produce electricity house-by-house in Andean villages that have not known electrical power. The ambassador also talks about investing in the country's great ports, especially for trade with Asia. This speaks not only to Peru but to all of Latin America, especially its neighbor Brazil. The evolving partnership with Brazil includes the development of transportation avenues through Peru to the coast for the shipment and receiving of goods from the fast the growing Asian markets. We should be proud that Loayza has not only achieved major breakthroughs in mutually beneficial trade between Peru and the United States, but also achieved it working with our Colorado and regional community. He is now a new ambassador from Peru.